The Hamlin School, an all-girls K-8 institution located in San Francisco’s Pacific Heights neighborhood, is the oldest non-sectarian school for girls in the western United States. The site spans the width of a city block with a 60-foot elevation change from Broadway to Vallejo St. Extensive renovations and additions occurred in two of the three existing buildings: McKinne Hall at the bottom of the slope and The Middle Building.

McKinne Hall, a three-story, 1960's, concrete building, underwent a full renovation including upgrades to seismic/structural, mechanical, electrical, and plumbing. The building was extended back to meet an existing retaining wall and tied to the hillside and underpinned. Excavation below the first floor created a new level for an expanded gymnasium to meet athletic size regulations and a multipurpose space for performing arts. The multipurpose space sits beneath the gymnasium floor, has telescopic bleacher seats from Belgium that fold into the back wall, and features theatrical equipment to accommodate assembly and performance functions. A light-filled, three-story-high indoor climbing wall was added adjacent to the gymnasium and incorporates two viewing platforms, one from the lobby and one from the gym offices above.

A new roof terrace rests on top of the gymnasium in McKinne Hall and runs directly adjacent to the science rooms in the Middle Building. The landscape and hardscapes connect the new exteriors and provide a large central outdoor area which includes a resurfaced playground, windscreens, a unified outdoor science classroom zone, and an amphitheater.

The project was a success for the Hamlin School, helping them achieve their goal of prioritizing the academic objectives of project-based learning and "STEAM", and simplifying the circulation of the campus to better unite the buildings and the community. 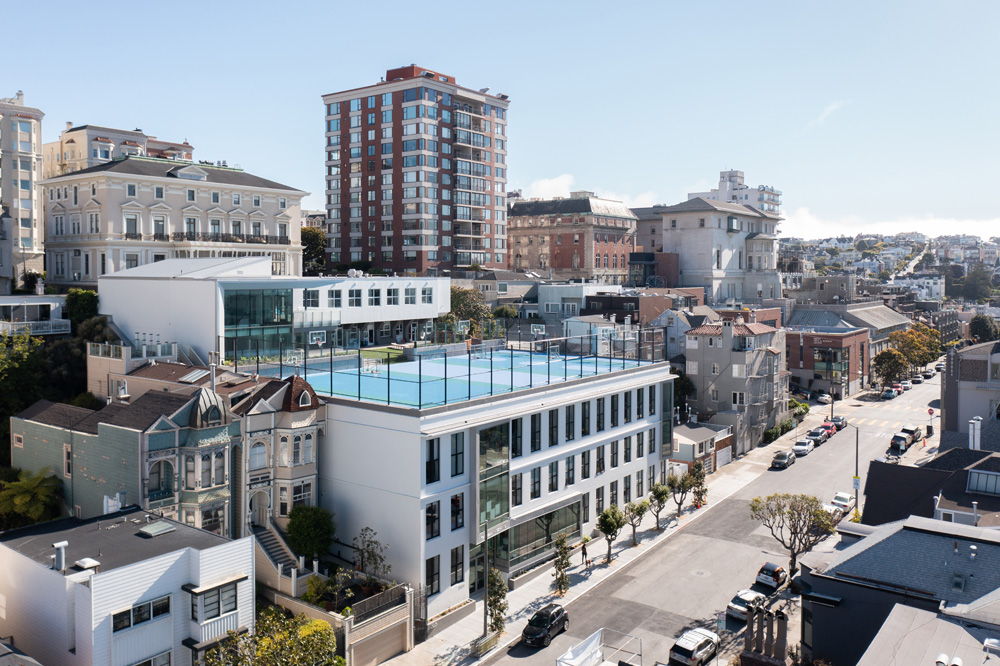 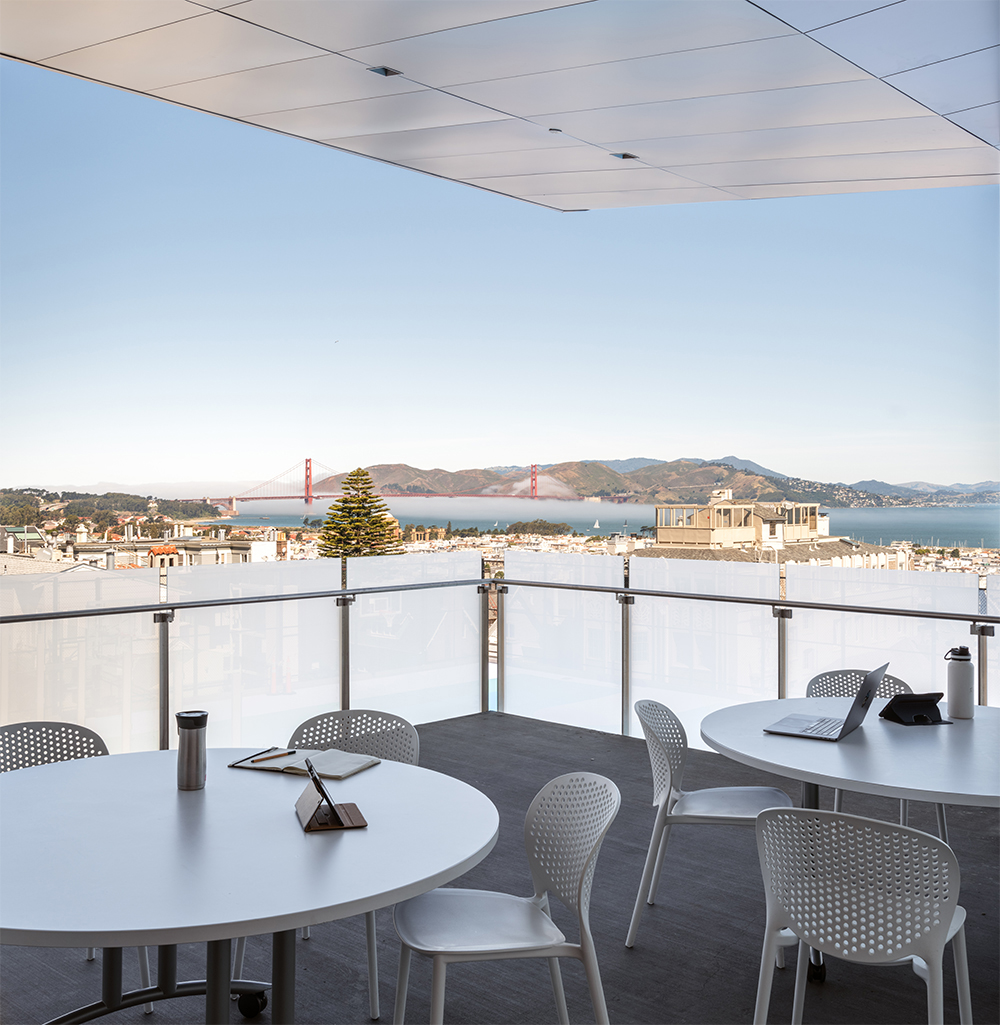 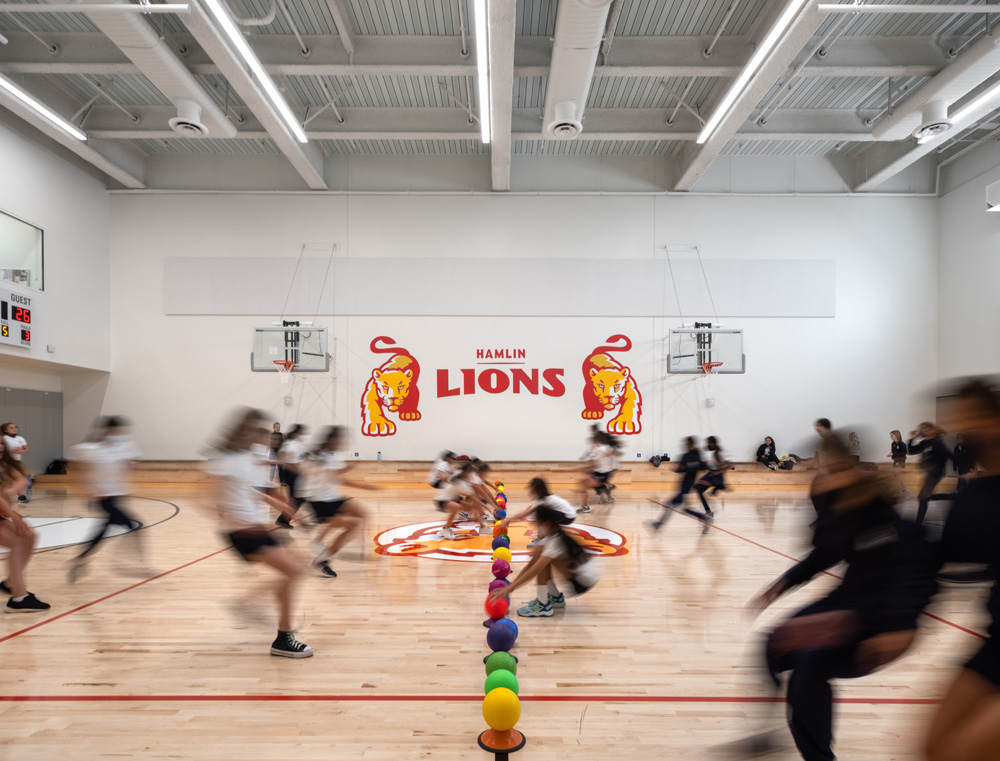 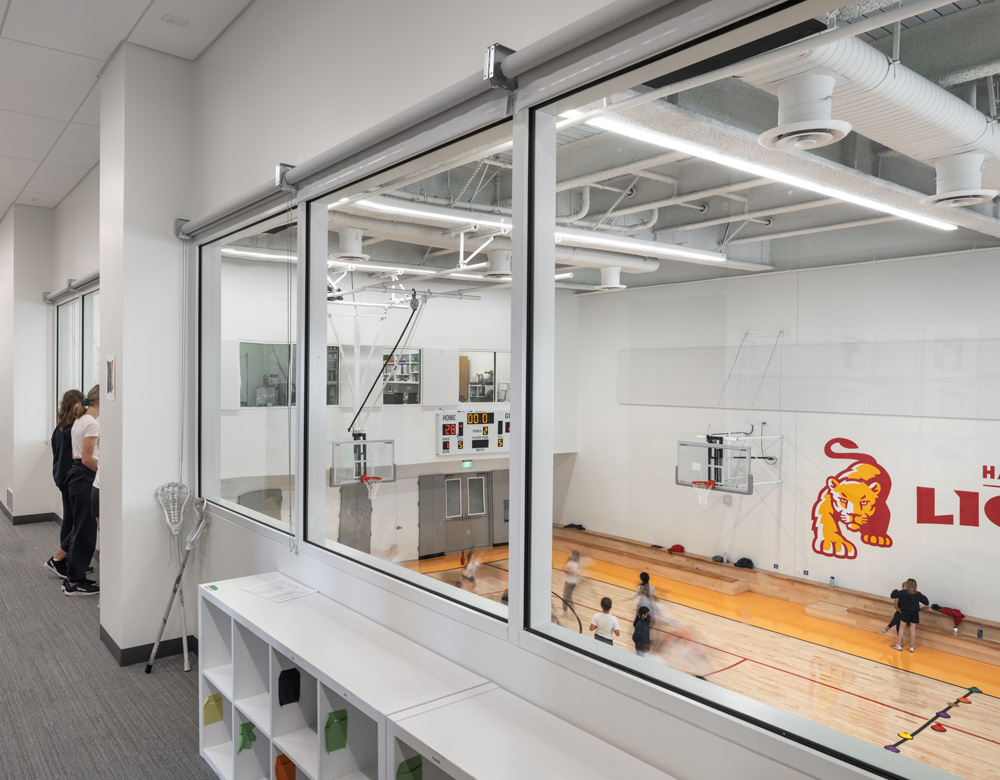 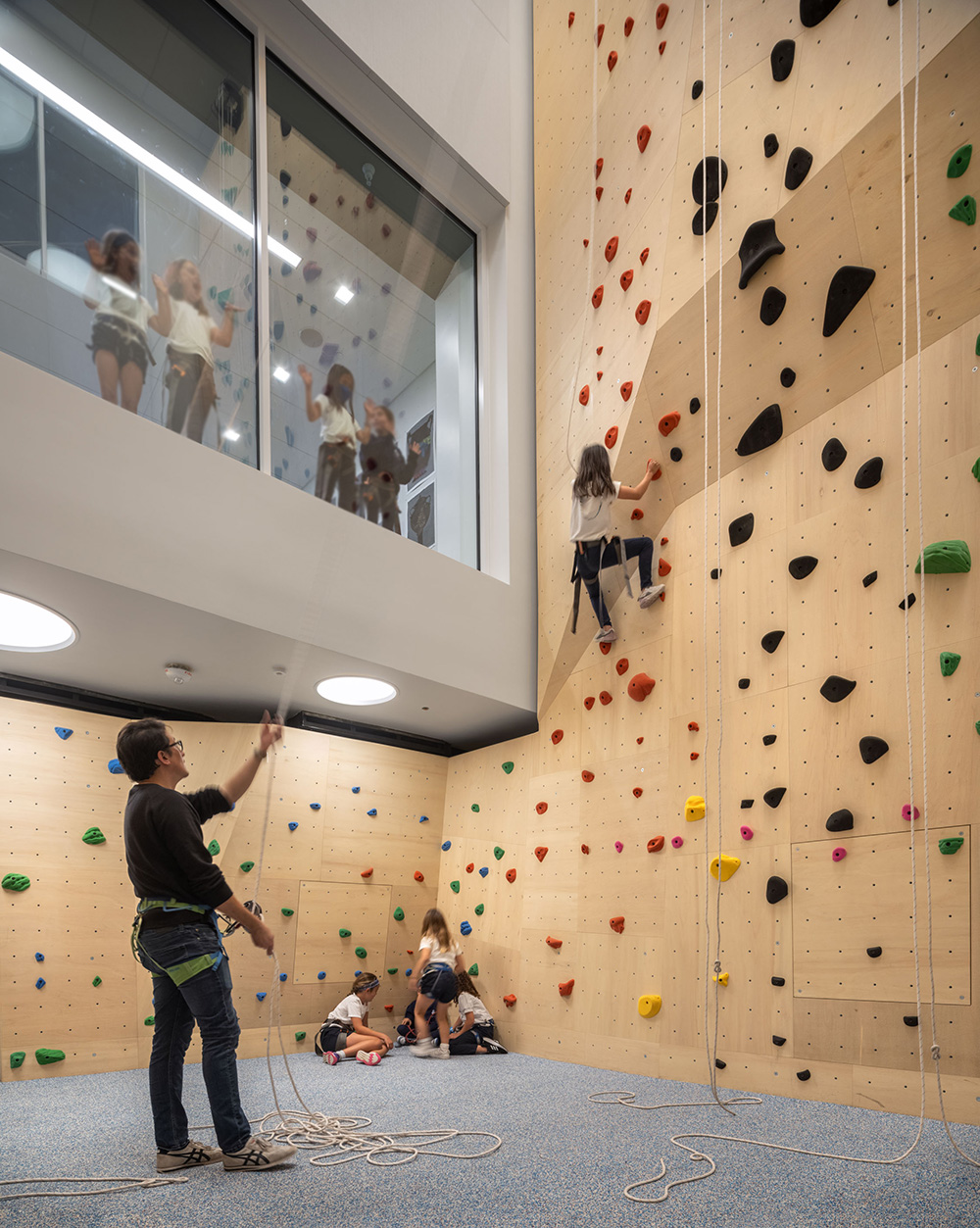 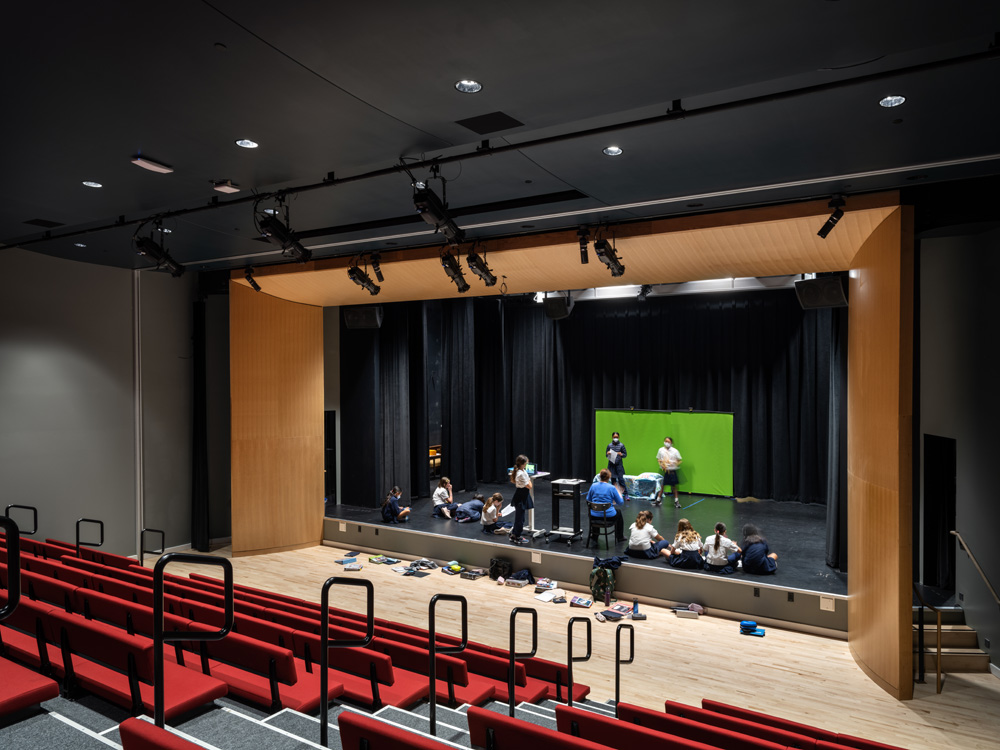 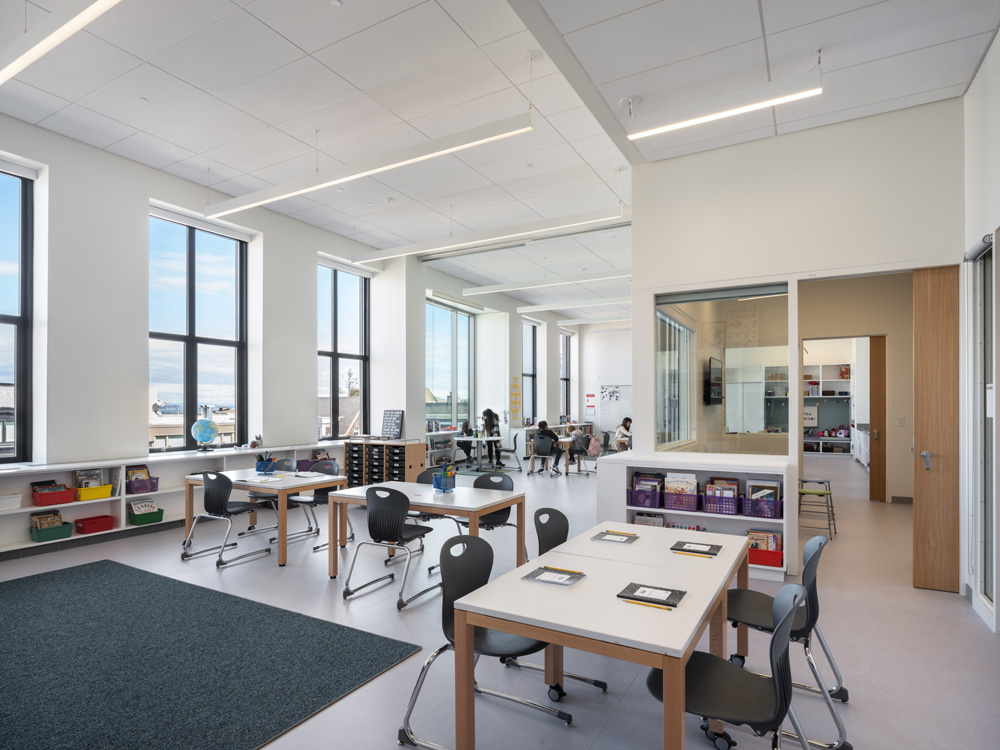 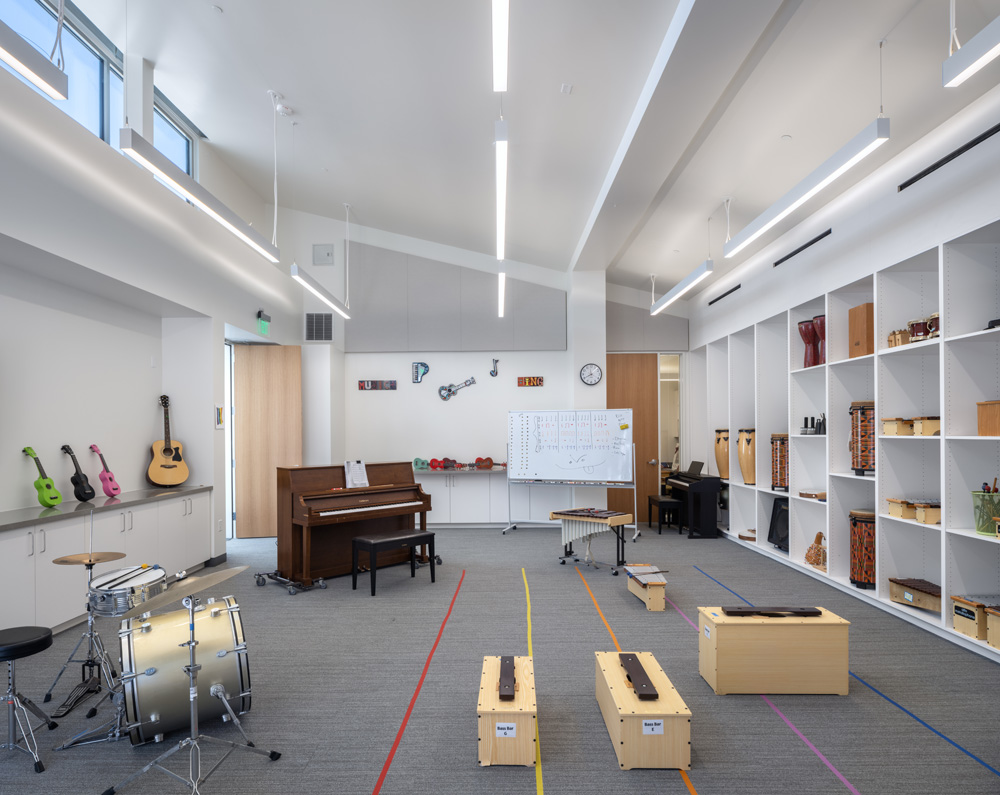